125   – Reward points
The 100% made in Italy “CARBON AIR EP Fetlock” have an Extra Protection necessary for horses that tend to hit their opposite pastern with their horseshoe.....
Share
Tweet
Zandona Carbon Air EP Fetlock Boots

The 100% made in Italy “CARBON AIR EP Fetlock” have an Extra Protection necessary for horses that tend to hit their opposite pastern with their horseshoe. The Extra Protection is realized with an ergonomic extension of the Neoprene padding coated with an anti-wear carbon-look film.

They have been studied to defend jumping horses from collisions and bruises at hindlimb’s fetlock and part of the cannon, while offering tendon support.

Carbon Fibre elements are present under the shell to thermally insulate the joints from the heat generated by external friction, while increasing the mechanical resistance to impacts.

The elastic straps with quick-release-tip have been calibrated for a secure closing, they are in-fact provided of double locking system (horizontal/vertical). Its dimension and absolute ergonomic shape have been developed copying accurately the limb structure, guaranteeing a perfect positioning while avoiding any kind of stress.

Certain Sale items may not be covered by free delivery. Also feed and other bulky or heavy items will incur a delivery surcharge. Items like whips, shovels, jumps and forks also incur an extra charge due to their size. Our couriers charge an extra fee for such items.

European charges range from €7.95 upwards depending the weight and size of your order.

International Orders - We export all over the world.

No questions yet. Be the first to ask the question!

We will ring you when your order is ready for collection. Please don't call to collect your order unless we have contacted you first. Please note that items in stock on the website may not be in stock in the store as some items are Drop Shipped from our suppliers.

Returns - We will give an exchange or refund if goods are returned unused, are not damaged, in their original packaging within 14 days. You must contact us first to authorise a return. We will not accept items returned unless you contact us first. The cost to return the item is payable by the customer and any replacement sent will have our normal delivery charges applied. This does not contravene your consumer rights. All damages or wrong orders must be reported to us within 3 days of receipt of goods.

When you shop online with Orchard Equestrian you have the right to a cooling-off period of 14 calendar days where you can withdraw from the contract and return your purchases to us. You do not have to give any reason but bear in mind you will have to pay for the cost of returning the goods. The goods must be returned in the same condition as they left our warehouse. We will not offer refunds after the 14 days have elapsed.

Goods which are made to your specifications or which are clearly personalised cannot be returned.

Items are returned at the customer's own expense and it is strongly recommended that you obtain proof of postage and/or insurance for the items posted, as Orchard Equestrian cannot accept responsibility for lost or damaged items.

There are no comments yet. Be the first to leave a comment
Trustpilot
BucasShop now
FreejumpShop now
Schockemohle SportsShop now 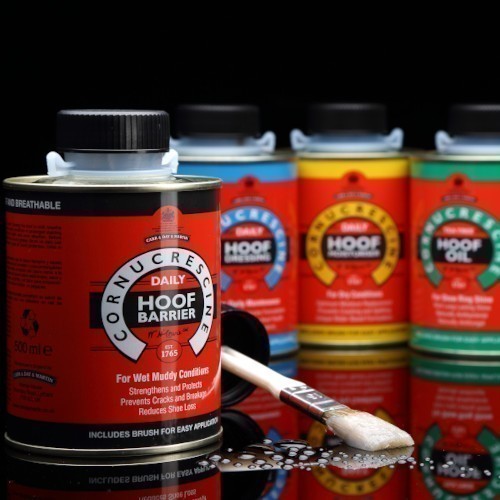